Where is the Conservative Evangelical Voice 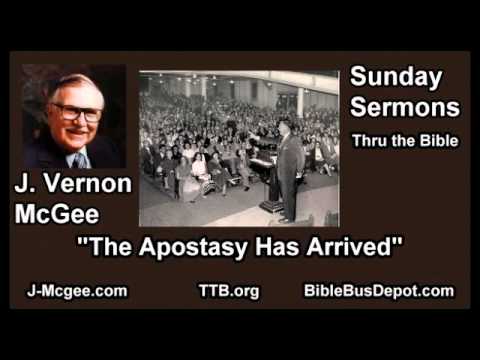 You may not self-identify as an evangelical or even be a fan of the Reagan Revolution revivalists, but if you are a conservative in America you are a stakeholder with those who stand against the progressive tidal wave sweeping our nation.

In the past, evangelicals have been at least a predictable part of the base. This is no longer the case. Now greatly divided and hosting a variety of scripted talking points, the former powerhouse of the “Moral Majority” style conservatism is sending forth an uncertain sound to its constituents.

Once highly visible and vocal representatives carried the torch into the mainstream media and cultural debate like warriors in the arena of Rome. These gladiators of the Faith may not have all been void of egos and self-interest, but they were outspoken with clarity. We would have a very difficult time today pointing out even one such champion as D James Kennedy of the Presbyterian Church in America (PCA) or Jerry Falwell of the Southern Baptist Convention (SBC).  Perhaps many even on the conservative side will say “Good riddance” but let me sound a word of caution before any celebration on the right.

First, let us consider what has replaced the once clarion call rallying the faithful to be heard in the forum and at the polls. Those voices have been replaced by echoes.

CHANGE YOU WILL FIND DISTURBING

The conservative Christian denominations are re-branding and their political rhetoric is softening in the name of Christian love and social justice. Today the mantra most often heard is, “We want to be known for what we are FOR, NOT what we are AGAINST.”  Born out of the “compassionate conservatism” of the Bush era is a new evangelical tune.  It may market nicely and keep the proverbial heat off the backs of evangelical leaders, but this presents a problem however given the timing of this new détente and the business with which the conservative evangelical community is now occupying itself.

Having adopted the new mantra amid the hot bed of progressive activism means that evangelicals have allowed themselves to be emotionally blackmailed into not openly opposing anything. No issue is more telling than the redefinition of marriage and the broader conservative Christian community’s virtual nonresponse or to the sweeping LGBT agenda being forced upon us all. So, if the Evangelicals are NOT engaging the war being waged against them, and they have instead crafted a unified policy of non-engagement, then the question begs: who gave the non-marching orders?  What is being done instead?  And, of course, the big one….WHY?

I am a very conservative SBC minister and have not been the most politically engaged, yet I could not help but notice the sudden change in our own in-house talking points in 2013.  The SBC’s Ethics and Religious Liberty Commission announced a leadership change and with it came sweeping new disengagement.  Many understood it to be the sounding of retreat, if not full surrender to a “lost culture war.”  Russell Moore – long time seminary professor at the flagship SBC institution Southern Seminary – took the reins of the ERLC and declared an end to hostilities between the LGBT community and the SBC.  Given the coming tsunami of gay marriage and transgender access rights, the timing of this retreat was something between a tactical error and outright sabotage of the conservative evangelical base.

Perhaps this just what you get when you send an academic into the gladiators arena?  Of note should be Moore’s replacement for engagement in the political arena.  Moore began to sound the Social Justice mantra of leftist Christianity known as Communitarianism.  Instead of being culture warriors we are now to be bleeding hearts for helping the poor and downtrodden of society and – guess who our partners are to be in fulfilling this not so great commission?  Answer – the LGBT powerhouses of the Human Rights Campaign and the ARCUS Foundation to name a couple.  And whose money will these new “partners” be spending?  Yours and mine. Absurd?  Impossible?  Never?  Take a deep breath and read on.

NEW PARTNERS AND THEIR TALKING POINTS

The Faith Based Neighborhood Partnerships (FBNP) under the Obama administration has created a host of odd bedfellows pursuing federal, local and private grant money for “the common good”. These programs began under the Bush administration, but were reformed under Obama and (unequally) yoked together in the President’s Inaugural Advisory Board was the SBC Executive Committee’s Frank Page and activist organization heads of the HRC and ARCUS (Islamist) along with the usual suspects of the left. The result is a misfit strategy for the conservative evangelical camp who are actually undergoing a revival of conservative theology while at the same time becoming more socially progressive. The end product is a sort of spiritual bipolar disorder which defies common sense. Interestingly, the FBNP reforms went beyond assembling the eclectic group of partners to actually establishing a Faith Based Department within every federal agency. Here are just a few of the things which prove problematic for conservative evangelicals in these partnerships:

Here is the ARCUS Foundation funded tool kit. Human Rights Campaign has its own version called a Christian Conversation Guide. The unwitting target of this persuasive effort would never suspect he or she is being manipulated by the well trained LGBT activists.

By this time it is fair to ask where this well planned takeover came from ? The ideology is nothing new for those working toward Socialist Democracy. It is easier to co-opt the church than to try and destroy it. The compassionate conservatism mantra comes from Austrian Friedrich Julius Stahl. It was first successfully marketed to the conservative evangelical community in the mid 1800’s, destroying its influence as salt and light in the culture by reducing its public stance with Stahl’s “living conservatism.)

The modern blueprint for the new evangelical paradigm comes from another Austrian-management expert Peter Drucker. After decades of focus in the board rooms of America’s fortune 500 companies, Drucker turned his attention to non-profits and churches. His partner for this endeavor was a former corporate client and Texas cable TV millionaire Bob Buford. Buford founded Leadership Network to seek out “innovative” and (I might add) ambitious young pastors and evangelical leaders to train in the Drucker management style.

Under the banner of Welfare Reforms in 1996-97, the Clinton administration helped launch the torpedo which is all but sinking the evangelical’s “good ole Gospel ship” in a sea of social justice activism while loading it with stowaway partners like HRC, ARCUS, Muslims and Leftists. All of them busy with efforts of their own to diminish the evangelical voice. The Welfare Reforms crafted the emerging future of religious organization in the US.  This banquet table was spread at the Rockefeller Brothers Conference Center and sponsored by the Rockefeller Brothers Fund.

The blueprint lays the groundwork for the government to dump all social and human services and welfare on the unsuspecting churches and faith based non-profits while gaining oversight of them, thus muting any opposition to the advance of the progressive agendas sweeping our nation. Healthcare is moving toward FBNP providing the core of community care inside church walls. This is in addition to the School Based Health Clinics that the Department of Education has planned for years.

And who is the unseen “partner” in this plan? Planned Parenthood. The Center for American Progress is loving the participation of the evangelical community in Healthcare Reforms. This is an indication of the vulnerability evangelicals have incurred while unwittingly chasing grants among questionable partners. FEMA and HUD have also made huge inroads with similar programs.

THE CHRISTIANS MUST BE PERSUADED TO EMBRACE A NEW PARADIGM

The ultimate end was to bring these leaders into the Drucker model and to yoke the church in Peter Drucker’s “Three Legged Stool” of Government – Corporate- Church/Non-profit partnerships. Among the most successful of these Leadership Network disciples is the SBCs Rick Warren and another up and coming SBC influencer, Ed Stetzer. Warren’s international PEACE Plan is now global and the next stage in its development is PEACE Local which brings a host of human and social services into the church with outside funding and the all-important government oversight.

Leadership Network trainee Ed Stetzer has become a key figure in his work with the overhaul of the Southern Baptist vision by providing “research” corresponding with the goals of Drucker for non-profits and developing curriculum like Lifeway’s (Stetzer’s most recent employer) The Gospel Project. Leadership Network, through in house talking heads, is able to promote Urbanization, Healthcare Reform, and Saving Society (the original name proposed for Buford’s Leadership Network biographical boast). As a result, the evangelical community has, for over 30 years, has fallen victim to this unseen force from within. It should come as no surprise that Stetzer and others use their platforms and blogs to promote the future of evangelicalism.

Including more compassion on how homosexuality and the LGBT agenda is viewed. The Stetzer facilitated “conversation” asserts the evangelical view of LGBT (and even abortion) is like “unbaked cookies needing to be placed back in the oven for 3 -5 years and taken out to see where we are.”

This is a prime example of how the ARCUS funded tool kit “My Mind Was Changed” is engaged in the places conservative evangelicals get their news. Stetzer and other Leadership Network disciples also promote Urban church planting as the key missions strategy of both domestic and foreign missions while promoting pro-LGBT, pro-Marxist “Urbanologist” Richard Florida to the planters. Eager postmodern pastoral trainees and seminary graduates embrace Florida’s pro-LGBT , bohemian and gay indexes to ensure the success of the evangelical endeavors when promoted and facilitated by trusted SBC leadership.

Once such unthinkable discussion for conservative evangelicals have now become all too common place. The conservative Presbyterians (PCA ) are equally as submerged in the Leadership Network / Drucker philosophy of ministry, with talking heads from the Leadership Network stable like Atlanta’s Randy Pope and the ever popular Tim Keller of New York City. Keller is a huge and outspoken advocate of Richard Florida. Randy Pope and Warren are both leaders among conservative denominational pastors, pushing their churches toward full implementation of in house church based social services and welfare with faith based partnerships.

Independent mega churches like Willow Creek (pastored by Bill Hybels) are also Leadership Network innovation products. It is much easier for those evangelicals outside the doctrinal and mission accountability to implement the new paradigm. Our own home church fellowship of Shades Mountain Independent Church in Hoover, Alabama was once one of the most reliably conservative churches in the greater Birmingham area. To our shock and amazement the trusted congregational leadership had been taking the congregation down the avenue of Drucker partnerships since at least 2011.

SMI was endangering its conservative voice by hosting and supporting ministries which have and continue to take Government tax/ grants from HUD, and seeking passionately through staff led ministries to enter the indigent health care funding fray. In tandem with this new vision has been a willingness to soften the church’s stance on LGBT issues, as such partnerships provide both the incentive and necessity.

Is there a remedy for this sad state of affairs among conservatives? Can our once trusted evangelical partners recover themselves from these money laced traps?  Time will tell – it helps knowing the evangelicals are spending your tax money while MIA.

Rev Thomas Littleton is an evangelist with four decades experience in missions and outreach globally. He and his wife have a six year old son for whose future they engage the issues of our time.