The Next Stop on the LGBTQ Train 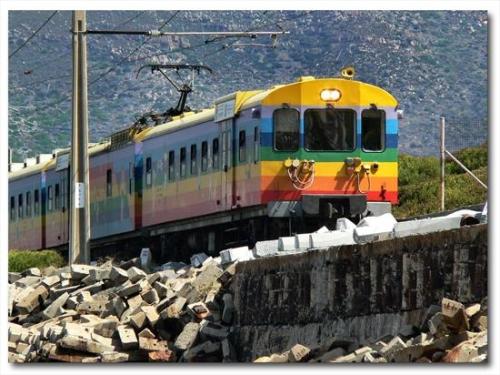 Birmingham, Alabama has a very long and legendary history in the struggle for racial equality. The Jim Crow Laws and fire hoses are burned into the collective global mind of two generations. Given the fact that the LGBTQ equality narrative has chosen Civil Rights as its host, it comes as no surprise that vast resources would be focused on our state by national organizations like the Human Rights Campaign. The Birmingham, Alabama Mayor, William Bell, welcomed the national board of HRC to Alabama in July 2015 and toured them through the local Civil Rights museum and historic sites pledging his, and the city’s, full support of the cause of LGBTQ equality.

The City of Birmingham has now passed a Nondiscrimination Ordinance “to prohibit discrimination on the basis of a person’s real or perceived race, color, religion, national origin, sex, sexual orientation, gender identity, disability, or familial status; provide for a Human Rights Commission to act in an advisory role to the Mayor and the Council on matters related to eliminating discriminatory practices within the City; and provide for enforcement, and the hearing of all interested parties.”

After two weeks before the Council, the ordinance passed, adding LGBTQ sexual orientation, gender identity/ uncertainty/ fluidity (real or perceived) to the local laws of the city, establishing a Human Rights Commission of 11 panel members to serve as advisers to the Mayor and Council, and furthering “ongoing conversation” “toward future needs” of the “sexual underclass” citizens.

According to the representatives of Human Rights Campaign, Equality Alabama and the assortment of LGBTQ pride and activists groups who helped draft and drive the Ordinance, passage of the Equality Act by the City Council has:

“Ensured the safety of its citizens, especially previously unspecified minorities and children who select/identify as LGBTQAI and in particular “the young black or Hispanic gaybees who has no one to stand up for him/her (insert correct pronoun here) before.”

*The economic future of the city has now been secured as Birmingham becomes a leader as the first city in the State to provide such an ordinance. Businesses and corporations are “looking for and waiting for the city to prove their inclusiveness, welcoming, and tolerance as well as intolerance of sexual discrimination” according to the new era of sexual politics. (This ordinance and discussion comes as Amazon dangled a possible addition of 50,000 jobs in the area with a huge ad campaign the day before the ordinance vote.)

*Birmingham is now a cutting edge City on inclusion and opportunity.

Local Version of a National Goal

The Equality Act is the top priority for the ongoing massively funded march for sexual equality. According to HRC, The Equality Act “establishes explicit, permanent protections against discrimination based on an individual’s sexual orientation or gender identity in matters of employment, housing, access to public places, federal funding, credit, education and jury service. In addition, it would prohibit discrimination on the basis of sex in federal funding and access to public places.”  It would do so by adding LGBTQ, sexual orientation and gender identity to the 1964 Civil Rights Act and every federal antidiscrimination law. (According the HRC, 7 in 10 Americans support The Equality Act

when, in fact, few Americans even know about it.)

Real Religious Freedom or Limited Freedom for the Affirming and Compliant?

What was not discussed about the Birmingham Ordinance was the section (e) Exception (exemption) clause that allows said exceptions to “Religious corporations, associations, or societies that employ an individual of a particular religion to perform work CONNECTED WITH THE PERFORMANCE OF RELIGIOUS ACTIVITIES BY THE CORPORATION, ASSOCIATION, OR SOCIETY.” This would perhaps, for the moment, protect churches and ministries in the hiring of Pastoral staff but extends NO protections to other positions of employment. The issue of ACCESS is also central to the ordinance and offers no protections to churches or religious groups to deny hosting an LGBTQ wedding or event. HRC and other pro LGBTQ groups have a long history of fighting ANY and ALL religious exemptions and exceptions as “license to discriminate.”  In this ordinance, the language for the exception is VERY limited and opens the pathway to gaining future ground in forcing LGBTQ goals on religious groups with the backing of the city, city attorney, and under the shadow of both criminal and civil court action.

Birmingham churches and religious groups who have not jumped the shark to affirm homosexuality were all but missing in action. ONE articulate African American pastor stood in line to offer reasoned opposition to the Ordinance. His points were well made but ignored. Pointing to the Civil Rights struggles in Birmingham’s history, he shamed the Council members for “allowing their history to have sexual and political agendas piggyback onto it and for being blackmailed by threats of being targeted by sexual activist groups come election time.” The pastor also made the point that “Sodom and the cities of the plain in Genesis 19 had allowed sexual minorities into the power structures of their civilization and that had not ended well.”

What IS Being Lost?

We are indeed in a new era as we allow for religious freedom and those who have “deeply held religious convictions” regarding family, sexuality, marriage, gender to be forced by laws at the local level, and in time federally, to be charged, convicted, fined and sued for living by those convictions in the workplace, the public square and EVEN in their own HOUSES OF WORSHIP. The greater irony that few in the LGBTQ advocacy camp pause to realize – as they celebrate these hard fought victories – is that once religious freedom is limited, narrowed, controlled and denied for some, Religious Freedom – a Core Value of the individual freedoms – is LOST for EVERYONE.

Behind the evening’s celebrations at a local venue there stood a silent reality ignored by the enthusiastic well-paid activists of HRC and Equality Alabama and other local LGBTQ groups – their hard work and efforts are paying off, but not the way they think or are celebrating. As Human Rights are redefined, personal liberties narrowed and denied, persecution and discrimination not stopped but reversed into the mainstream, and even the biological and health realities of gender and sexuality displaced by policy and politics, their own realities are changing without notice. Suddenly what it means to be human and what it means to be free is no longer fixed by a Bill of Rights recognized as endowed by their (our) Creator, but have fallen victim to their own emotional rhetoric and the hidden agendas of the money behind these movements. These young activists and their zeal for sexual liberation and celebrations to “live as their true selves” are being USED and, in the process, Freedom – theirs and ours – is quickly evaporating.