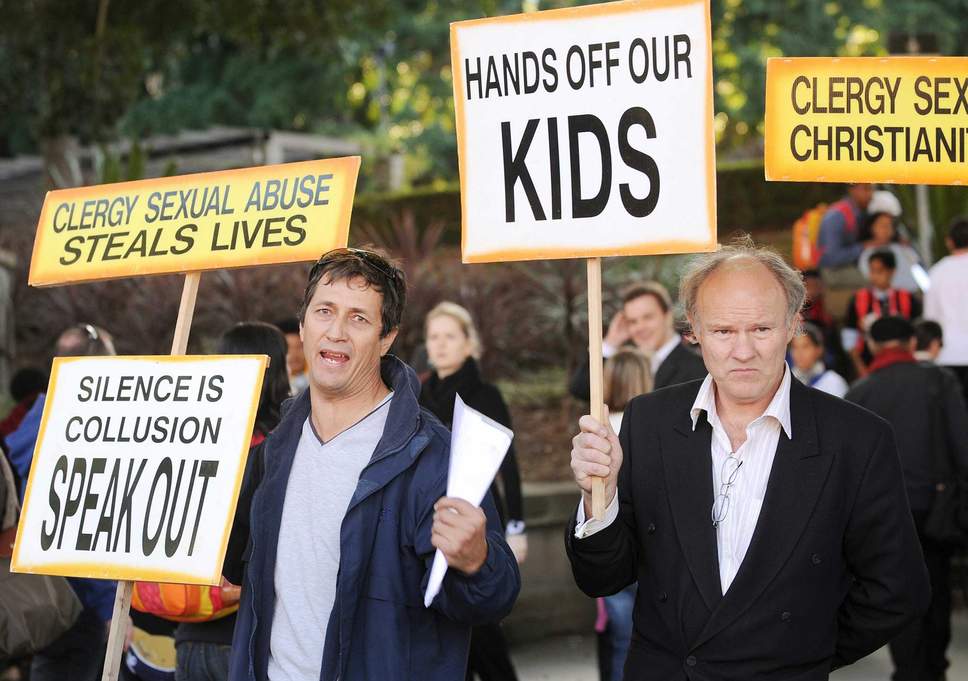 The Ethics & Religious Liberties Commission of the Southern Baptist Convention just completed its 2018 “Cross Shaped Family Conference” in Dallas, which was the second of an annual event. This year’s conference was a platform for ERLC President, Russell Moore, to feature his new book “The Storm-Tossed Family,” which was also title of his opening keynote address.  Shameless and opportunistic perhaps but, nonetheless, not the real theme of the SBC entity conference.  The final keynote was Same-Sex Attracted Gay Christian advocate, Anglican Priest Sam Allberry, who brought the goal of the conference clearly into focus.  Allberry spoke on another chapter of Moore’s book called “The Church as Family.” If you have 30 minutes to inform yourself what the ERLC and Moore and Allberry mean by this overhaul of “family,” please watch this video from the conference.

Do be prepared for a shock at the audacious “LGBT Inclusion” demands of Allberry’s UK Living Out ministry.

Much of the Evangelical church is still reeling from news of the Revoice Conference in July of this year which touted its “promoting LGBT+ flourishing in historic Christian tradition” from St Louis, with deep ties to both SBC and PCA seminaries. Also, multiple people associated with ERLC openly promoted the Revoice conference as well as its radical message of “Queer and LGBT+ Christianity,” including Sam Allberry’s Living Out which promoted Revoice in its social media “for our US audience” while hosting Tim Keller at its own conference in London (more on that shortly).

Revoice, it appears, was far worse of a marketing disaster than its presumed orthodox supporters imagined and has left many of them doing damage control in its wake. Others, like Allberry of Living Out, quietly took down their endorsements and ERLC head, Russell Moore, stayed far from the fray while sending out underlings to finally speak to the Revoice controversy.  Still, the observable outcome is that the ERLC/Moore did not wish to be caught with their endorsements of Revoice but they did not wish to condemn it either. Reason?  Both have a shared central message. Revoice launched its attack “on the idolatry of the nuclear family” among its talking points and soon afterward Allberry’s group issued their “Church Audit” for “LGBT Inclusion,” in which Allberry’s group is calling for the sharing of homes, family, and children with the LGBT Community they are advocating to be welcomed into the church. They along with Russell Moore and Revoice want the church to RETHINK and REDEFINE the family. Ironically, the recent exposure of yet another child sex abuse scandal in the Catholic Church proved of no value to the ERLC as an indicator of poor timing to launch a false narrative about children and LGBT in the church.

WHAT DOES THE GAY BUT CELIBATE ANGLICAN PRIEST, SAM ALLBERRY, HAVE TO SAY ABOUT FAMILY TO THE BAPTIST AUDIENCE AT ERLC?

The conference wound down to less than a one third occupied room at the Dallas facility. Perhaps ticket sales were lower than expected or some attendees did not stay to hear a gay, unmarried, celibate Priest – who created no small controversy over ten demands in his “Living Out Church Audit” – discuss his ideas or those of Russell Moore on the new inclusive church as family.

For those who did attend, Sam Allberry opened his remarks with Mark 10:28-30 and a story about a gay person who asked to speak to him about a Christmas service at his Church of England congregation several years ago. The person turned out to be gay and in a “happy relationship” and unwilling to accept Allberry’s call to celibacy. (In the Allberry, ERLC and TGC version of the Gospel, Homosexual Orientation is real and fixed and does not change, so the only commitment these circles offer is to celibacy, not repentance and a transformed life.)

Discussion of this individual’s story then turned to Allberry’s ideas of church inclusion, which if not practiced would amount to “calling Jesus a liar” according to Mark 10:28-30.  Allberry then launched into advocacy for the church to offer LGBT individuals in our sphere the Church as their Community, their Family, and their place for Intimacy. This ideal, according to Allberry, would require the Church to make efforts to Rethink its core values and responses.

Sam then asserts that a church which is able but unwilling to implement these “standards” of inclusion would be denying LGBT persons the vital aspects of life and relationship that only the Church can offer. Incorporating this narrative with his Living Out LGBT Inclusion Church Audit, Allberry then asserted that we should not think that as parents we can offer our children everything they need, but that the larger church as family – the inclusive church - can provide children what parents are lacking. He then asserts that we need to adopt this new church model by sharing our families and our children, and recounts how some couples in his church “share their kids” with him and allow him to Babysit for their families. Such a family relationship is also a solution to the loneliness of singleness and childlessness experienced by members of the celibate gay Christianity which they have been selling the Church since 2013.  Allberry indicates that sharing our children with LGBTs is an especially valid fulfillment of what the conference is espousing and proof that a church is adhering to their redefined family.

NUCLEAR FAMILY IS THE PROBLEM?

Here is where the ERLC Cross Shaped Family Conference comes into full step, not only with Allberry’s Living Out “Church Audit,” but also with one of the most disturbing messages of the Revoice Conference last July.  According to Allberry, the Christian mentality of family is akin to creating a nuclear family with marriage, kids and the family dog and then going into a fortress or castle and “pulling up the drawbridge.”  So, whether Nate Collins, the founder of Revoice, uses the term “idolatry of family” or Sam Allberry refers to the nuclear family as a “closed fortress” of only biological members, BOTH draw the same conclusion as Russell Moore — that Christians must redefine family as the broader (LGBT+ Inclusive) church.  Moore even asserts in his book that the local church is not a collection of families but is the family.  The biological family as God made it appears to be a problem for them, as are conservative faith and family values which resonate with generations of conservative Christians – that a man shall leave his father and mother and cleave to his wife, being fruitful and assuming personal responsibility for the rearing of their own children, in the fear and admonition of the Lord.

REPLACEMENT THEOLOGY OF THE COMMUNITARIAN FAMILY

What Moore’s conference is advocating is an unbiblical “replacement theology” of the family. It is true that the Body of Christ is the household of faith which provides believers with manifold blessings and fellowship, however, Allberry and Moore’s concept of the Church Family requires that churches welcome and include LGBTs which is plainly forbidden in God’s Word.  Allberry, however, boldly asserts that churches that are unwilling to follow this new standard of LGBT+ inclusion are a hindrance to the Gospel being lived out to the world. If you can believe it, this message just came from a Dallas conference led by a Southern Baptist head of the ERLC. You are not having a bad dream but living a crazed and dark reality.

This is the new Southern Baptist Convention, and other once conservative Biblical denominations are not at far behind their insane embrace of LGBT+ inclusion. Their nuanced language has worked in the past, but the realities are starting to settle in for many.  We have replaced our conservative leaders with gay activists and change agents. We have suppressed and replaced the Gospel of Repentance and Faith with deceitful promises of celibacy and, worst of all, we have replaced Biblical family and Church with a false metric of inclusion and politically correct rabble rhetoric. You must now ask yourself, are your family and your children, and in fact your faith, safe in the churches which sent staff members to this and other ERLC conferences and who have embraced its false teachings?

Is the SBC becoming the next denomination to fall into the abyss of affirming LGBT?  Given the fact that Sam Allberry is still one of the go-to voices on the LGBT topic for ERLC/TGC and SBC leaders, consider this fact.

The Living Out LGBT+ Inclusion Training is now coming to the US and is scheduled to be held in three 9MARKS churches, including Mark Dever’s own Capitol Hill Baptist.  In its lead up to signing on to the Training Course, Living Out asks that you read and affirm the 10 point statement of the Evangelical Alliance which is working with Living Out on its implementation.

Agreeing to the Evangelical Alliance Affirmations is required to move forward. The tenth and final affirmation leaves no doubt as to their intent:

“#10. We encourage evangelical congregations to welcome and accept sexually active lesbians and gay men. However, they should do so in the expectation that they, like all of us who are living outside God’s purposes, will come in due course to see the need to be transformed and live in accordance with biblical revelation and orthodox church teaching.”

Are we prepared for the inevitable, which is demonstrated by every single mainline denomination in America that has welcomed practicing homosexuals into fellowship?  All – without exception – are in steep decline.  It is beyond belief that ERLC leader Russell Moore is bringing Sam Allberry into our SBC and that Mark Dever of 9MARKS, TGC and ERLC have already taken this deadly direction.

The question lingers since the ascent of Russell Moore to the position of President of the ERLC, along with leaders of The Gospel Coalition and their many affiliated seminary and church leaders.  Who chose to bring a gay (but professing celibate) Church of England Priest into our American Churches to be the voice of LGBT+ policy for inclusion?  And why?

The Church of England/Anglican is a State Church. Queen Elizabeth is its Royal Head. The UK Parliament voted to legalize gay marriage in 2013 and implemented the law in 2014.  Subsequently, Church of England leaders have no ground to deny the law being implemented in their state-run churches.  Whatever Living Out’s representatives say to American audiences in ERLC and TGC conferences is moot.  Church polity in the UK and US are, by comparison, like apples and oranges.

In a population of 65 million in England, the Church boasts 25 million members. By 2011, only 1.3 million ever attended services. Only 740,000 attend weekly church services. That is only 1.14 percent of the total population that attends the Church of England. In our SBC and PCA and other conservative churches, why have we allowed our leadership to go to a dying – if not already dead – church to find our narrative on the most proven deadly force (homosexual inclusion) to every church that has come under its spell?

The future of institutional Christianity in America, for this and other reasons equally compelling, is bleak indeed.  Make no mistake, the Gates of Hell will not prevail against the True Church which stands secure on the Rock that Jesus is the Christ the Son of the Living God.  But the Harlot Church is destined for judgement and destruction.  The Body of Christ, eternally joined to Christ, can never be joined to the worldly Harlot Church.

Editor's note: Like the Roman Catholic Church, the Church of England has a decades old pedophile problem, however, Evangelicals should not worry, Russell Moore/ERLC and homosexual Anglican priest, Sam Allberry of TGC still preach that American evangelical churches should be LGBT+ inclusive like the COE and RCC.